Well we are at the final phase of our experience with Baby-Led Weaning Part III. Don’t forget to go back and read Baby-Led Weaning Part I and Baby-Led Weaning Part II if your thinking of giving it a shot. It was by far the best decision I made this time around. I now only have one picky eater instead of two! I just want to share how I transitioned Drew from formula to cows milk and how he now eats almost anything! I don’t remember this process with my daughter because I gave her purees. I don’t remember her having any real bad changes in her sleeping patterns or naps. If you try Baby-Led Weaning your baby may not experience any changes either but I want to share mine because we did experience a few things and it’s always nice to have every suggestion out there when your going through these phases with your little ones.

We started pulling Drew’s bottle (with formula) in his eleventh month. It was a very slow procedure for us because well, my boy loves food! I was afraid to take the formula from him because I didn’t want him to start waking up at all hours hungry. I started by taking one bottle away. He was currently taking four eight ounce bottles a day. The first one I cut out was the second bottle before his nap, when I did that I added a snack in before I laid him down. It worked beautifully! I waited another week (or two) and then took the the afternoon one away before his afternoon nap. I replaced that with a snack as well. He did well but I did see some change in his naps during this time. Whether it was contributed to the bottles being taken I can’t say for sure but I’m guessing it was. By change I mean sometimes he’d sleep in the morning and sometimes he wouldn’t. Same thing with the afternoon, sometimes he’d sleep, sometimes he wouldn’t. I always tried though. 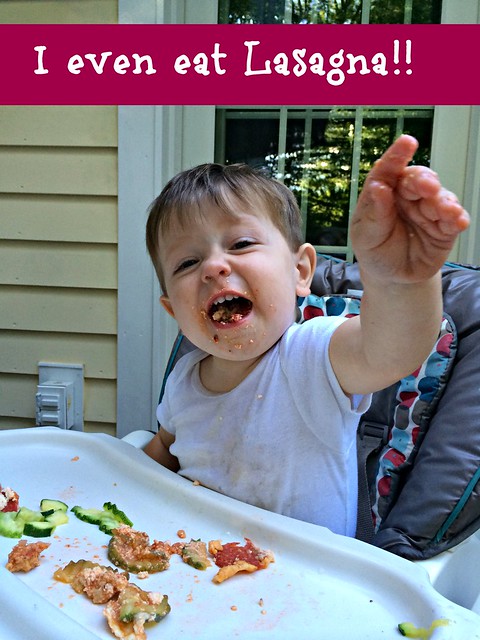 I also knew that he was going through a lot of changes, he was learning to crawl (yes he was slow) he was cutting some molars of and on, he was giving up the only source of food he ever knew completely. I was more than patient with him. For the first few months of this I had to mix the bottles he did still have (one first thing in the morning and one at night) with almond milk, he wouldn’t take Cows milk. His first birthday came and went, I’d say about 2 months of just the two bottles. I then tried the cows milk mixed with the formula and he took it! Then over the next month breakfast got to be way more important than that bottle so yes for a few weeks I was chopping fruit and making toast and what not with one eye open because this boy took to a 5am wake up! I also believe that the early rising came from this change as well. I know it did because here we are two months later and he sleeps until at least 6 if not 7. It was a rough few months because this Momma is a night lady. I can’t get my butt in bed before 11 but during those few months I did because I was struggling! Here is my little man eating fresh raspberries. 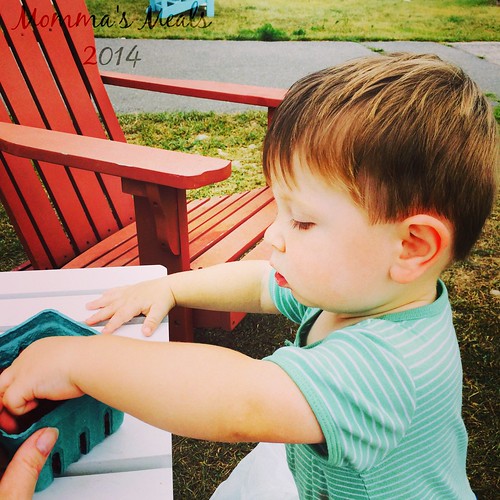 I am happy to report that Drew is now 14 months and LOVES his food. He still naps twice a day when he’s home with me twice a week and has one nap at daycare three times a week. He is crawling like a crazy man and also just took his first steps this week. He is the happiest when eating. He constantly wants me to pick him up so he can see what I’m making, he hangs on my leg in the kitchen whenever he can. I believe he is going to be my little foodie. I’d love that! However he is starting to grow a pallet. He’s starting to like some foods over others. For example the last few weeks I gave him chicken he threw it on the floor. I won’t give up though because chicken is a regular in this house! I’ll just keep trying different recipes! He loves fruit, most veggies, pasta and corn on the cob! The other day I took him from his highchair and continued cutting fruit for the week. Next thing I knew he crawled over, pulled himself up, and helped himself to a peach! I’d say that’s a pretty successful experience with baby-led weaning! Why do I bother cutting up fruit then??!! 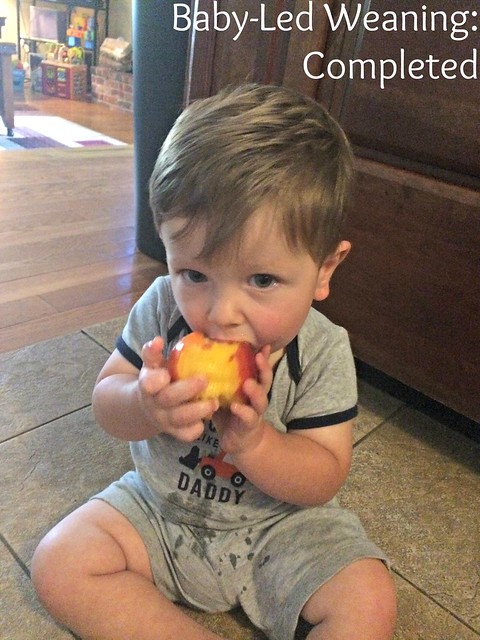 I will also admit to you that I still give him that one bottle of milk a day. Mostly because the kid will not drink milk from a sippy cup. Why I’m not sure but I’d like to think it’s because he loves snugging with me or Daddy at the end of the day for that milk. I haven’t actually pushed it because I know he’s my last baby and giving him that bottle, looking at his tiny hands, and watching him look up at me, well it makes my day and I hate to give that up. For now.